Rzeszow, the capital and the largest city of Podkarpackie Province, is an economic, scientific and cultural centre of south-eastern Poland. The oldest written record of Rzeszow dates back to 1354 when the town joined the group of other Polish cities and gained a set of town privileges of Magdeburg rights. Back then it had a parish church – the religious centre within a territorial unit – a market and a cemetery, covering the total area of 1.5 km2. Today, with the area of 116.32 km² and the population exceeding 187,000 people, it is one of the biggest municipalities in the region. 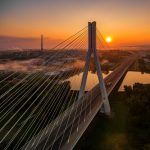 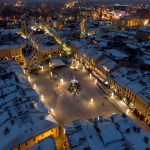 Rzeszow is a city of dynamical expansion, technological development and economic growth. It is recognized as an academic centre in Poland, with 60,000 students acquiring their education in a number of public and private universities. The results of the recent survey carried out by Eurostat show that Rzeszow is the leading city in Europe in terms of the number of students, as there are 353 students per every 1,000 residents. Rzeszow is also considered to be one of the safest places to live in Poland. In the Second National Congress of Regions (2011), Rzeszow took the second place in the ranking of the most attractive cities for business (in the category of 150,000 – 300,000 inhabitants) conducted by Forbes magazine.

Rzeszow has been ranked as one of the top cities in the country in the following categories:

Rzeszow is a significant place on the map of Europe. The most attractive characteristic of Rzeszow is that it combines the small-town charm with the role of the economic and cultural centre of south-eastern Poland. It is situated on both banks of the Wislok river in the heart of the Sandomierz Basin, about 90 km away from the borders with Slovakia and Ukraine.

For many centuries this region has been at the crossroads of different cultures. Its location on the borderland contributes to the rich cultural heritage, combining the folk traditions and cultural elements of other nations.

As a popular international tourist destination, the city of Rzeszow has a lot of popular places of interest. As both a tourist and a student, you will need quite a lot of time to explore the length and breadth of Rzeszow: morning coffee with your friends in your favourite café, later on, an hour or so of walking down the streets of the old part of the city, or wandering through the rows of shops. Next stop – the latest hot music venue or an evening bike ride along the riverside.

Rzeszow is the city of dynamic expansion, technological development and economic growth. It is the centre of the Aviation Valley – the largest industrial-technological cluster in Poland that comprises over 130 companies connected to the aviation industry. The main potential of the city is focused on creating favourable conditions for the development of aerospace industry in the region, further development of research, attracting new investors, as well as the transforming south-eastern Poland to one of Europe’s leading aviation regions.

Today, one of the most important advantages of the city is Rzeszow-Jasionka International Airport, with the second-longest runway in Poland (3.2 km) where even the largest planes can land. The Schuman Foundation report listed Rzeszow the second city in Europe after Lisbon in terms of the demand for specialists.